We combine our advocacy skills and experience at trial with our estate planning and administration background to provide clients with representation covering the multitude of variables and unique family dynamics that arise throughout any litigation proceeding. Our role is to help the client stay focused on the end goal of litigation and the economics of dispute resolution, often during a time when emotions may run high and sensitive family history may rise to the surface.

By clearly outlining the risks and benefits of each step and working closely with you to keep agreed-upon priorities in sight, we can remain focused on achieving your desired result.

We frequently handle cases in each of the following areas of trust, estate and fiduciary disputes:

If a Mother Dies, Does the Father Automatically Get Custody?

If the father is a full custodial parent, he will take over sole custody, or if he had joint custody with the mother, then the court is likely to award custody to the father. However, if the father did not have any custodial rights prior to the mother’s death, there will be a more in-depth calculus of who may receive custody of the children.

This difficult question often arises when a mother, who had full custody of her minor child or children, dies unexpectedly. Generally, courts prefer to grant custody to the surviving biological parent, if that is a viable option. However, there are a myriad of other factors that make the answer to this question more complex than simply finding the father and giving him custody.

Some common factors that may come up in this circumstance are: Has paternity been established? Does the biological father want custody? Can he even be found? What are the factors for why he didn’t have some form of custody previously? Is he a suitable parent? If not the father, then who should get custody?

However, the statute requires both parents’ signatures, so if a father did not already filed this acknowledgement form at the time of the mother’s death, then it will likely be impossible to file afterward, and the father will have to try to establish paternity another way. If you are considering such a filing, it would be wise to establish paternity as soon as possible so that, in the event of an untimely death of one of the parents, you will have the presumed first right to custody. 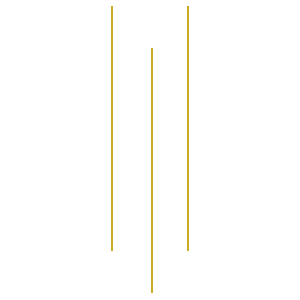 Consulting with a paternity attorney is also advantageous because they will be able to use their experience to help navigate the full litany of requirements set forth in the paternity statutes.

If you need help with Trust, Probate and Fiduciary Litigation, having the right representation is important.

Contact Schmidt Basch, LLC today, and our team will promptly reach out to schedule your consultation.